Maggie and Sahin met in high school, paired as partners in their freshman biology class. After going their separate ways for college, they reunited via mutual friends and fell in love! Sahin planned a surprise proposal at Olive Park, featuring their adorable pup Lola, the spectacular Chicago skyline, and gorgeous photos from Janet D Photography!

He Proposed at Olive Park

Sahin and I recently got our first puppy, Lola, and I really wanted to send out holiday cards with our little family. On December 7th, Sahin took me out to celebrate my birthday. He also mentioned the other part of my gift was that we were going to get photos for our holiday cards, and that he had hired a photographer for it. I instantly got suspicious! The next day, we were out with my family and everyone acted as if they didn’t know about anything, even when we told them about the photo shoot the following day. After that, I felt maybe it was not the time, as we had always talked about how we would want to celebrate a moment like that with our families.

December 9th was the day of our “holiday card” photo shoot with Janet D Photography! We met her at Milton Lee Olive park. I was so excited. When I met her we were all caught up talking about photography, and Sahin was on the quieter side, which isn’t like him. She started off taking photos and having us in different spots as we walked further into the park. We got to the lookout spot overlooking the Chicago skyline. Janet said she was going to use a different lens and get some photos from a distance. Sahin said to me how the day was a very special day. That’s when I knew: this was it. I asked him why, and he replied “Today’s the day I ask you if you’ll be with me forever.” I instantly was in tears of happiness and excitement. He got down on one knee and I of course said yes! 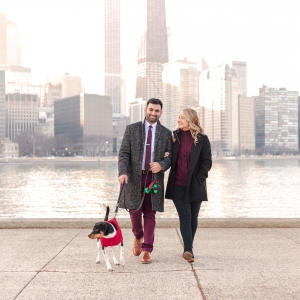 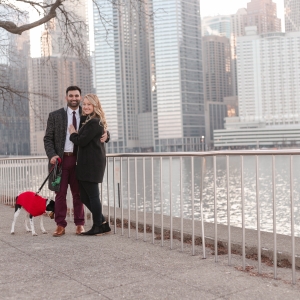 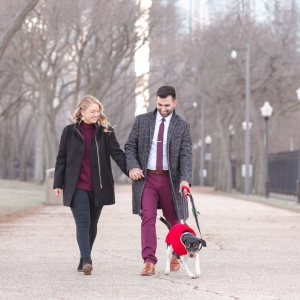 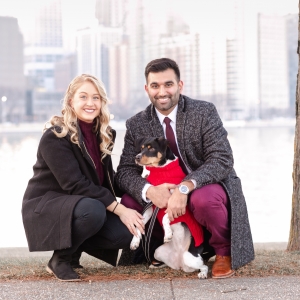 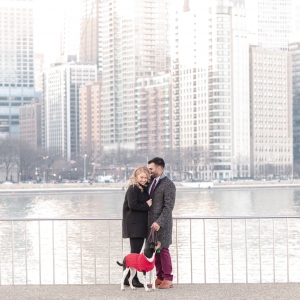 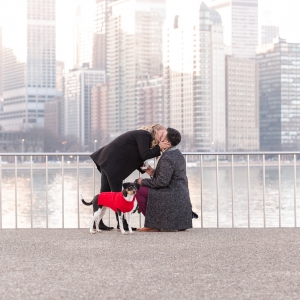 She Said Yes! Surprise Proposal on the Rooftop of the LondonHouse Chicago