There is something so magical about having a fall engagement in the Windy City! Katerina Marie Photography was able to capture the magic that exists in this gorgeous city when the fall season hits! We are excited to feature Megan & Blaine’s engagement session!

“Blaine’s dad, Scott, introduced us. Scott and I have known each other for years and we were catching up at a dance event, we are both choreographers, and I mentioned being single. He mentioned his conveniently single son, Blaine. He talked Blaine up… “He has his masters, owns his own house in Chicago, great job, etc.” So, I friended Blaine on Facebook and immediately received a message from him. He thought I was cat fishing him! That WAS a good profile pic. We quickly became best friends and fell in love.” Megan

Blaine had my engagement ring designed overseas. When he finally got it in hand he made all these plans and preparations for something special. He called my mom too, to ask for my hand! However, I had come home from a 12 hour shift at work and I wasn’t having any of it. Unknowingly, I ruined all of his plans and he ended up putting on “I will always love you” and admitting to me he can’t live without me! I am so lucky to have found him.

Custom forged by family friend with design inspiration from Tiffany. The band has 18 small channel diamonds and one round cut 1.15 carat diamond in the center. 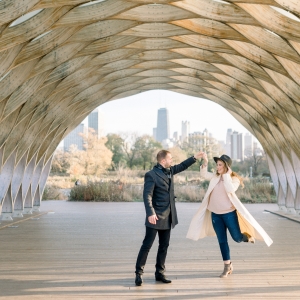 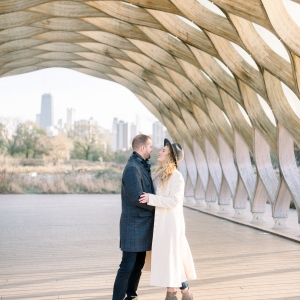 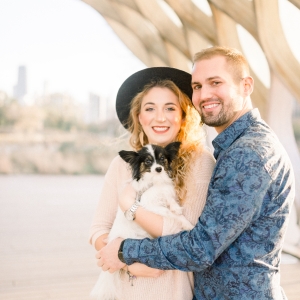 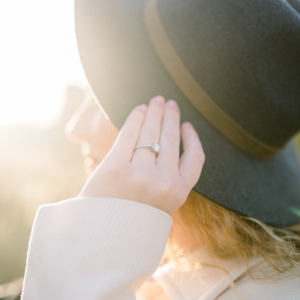 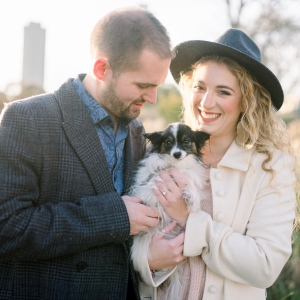 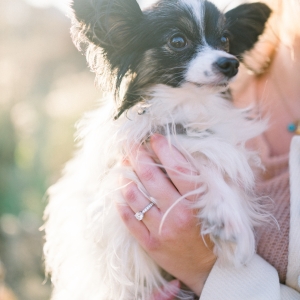 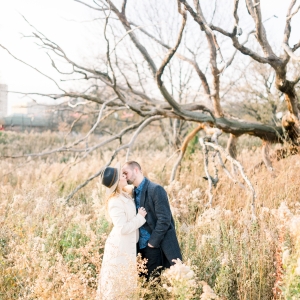