This classic engagement session at Chicago Riverwalk and Wrigley Building is a picture of perfection! We love how beautifully Michelle Zapanta Photography was able to capture the true essence of Chicago for Veronique and Loua’s engagement!

We met in college in the same student organization! The two of us volunteered, studied, and lived life together for a few years before showing interest in each other. After one too many study nights together, we decided to pursue each other further until we were here today!

Our proposal story happened much like how we first began dating! Vee and I have always appreciated breakfasts together from the beginning of our relationship. We first built our relationship from late night studying and making home-made McMuffins in the morning together. Eventually, as we studied late into the night, we developed the perfect blend of chewy and crispy bacon. It was then that we decided to make it official and began dating on January 14th, 2014. So, breakfast just had to be a part of our story!

We both knew we envisioned marriage with each other as we began dating and moved in with each other in June of 2016. Week after week, we developed a tradition of making Sunday brunch together as we prepared for the rest of our weeks. After a year of living and growing together, on May 14th, 2017, Vee and I prepared a cozy space for our brunch, and as we finished preparing our brunch, I knelt on one knee and proposed to Vee, in which she cheerfully said yes! 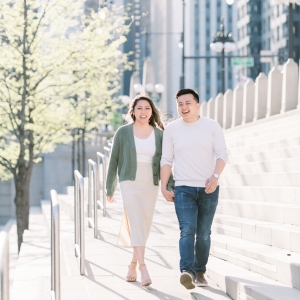 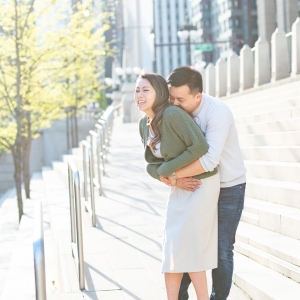 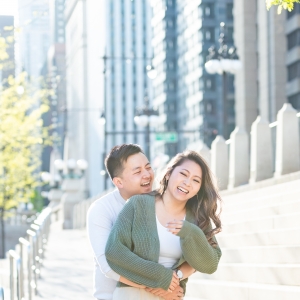 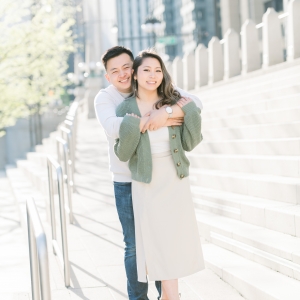 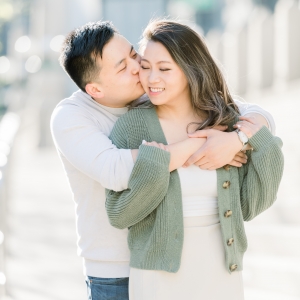 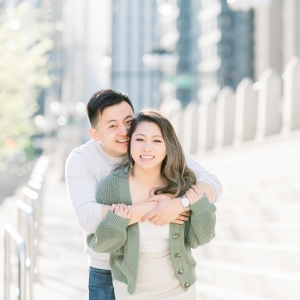