Alex and Ryan described their wedding vision as “modern chic with a bit of whimsy” and Jayne Weddings was the perfect team to design and coordinate their special day! Though it did end up raining on their wedding day, that didn’t deter the couple from getting some amazing photos around the city with Iron + Honey. With paper lanterns and candlelight galore and lovely florals by Flowers for Dreams, this Chicago loft wedding is one we won’t soon forget!

Ryan and I met at a bar in Chicago and had such a good time that we ended up at a “late night” bar to go dancing. Shortly after we went on a day date for sushi (at the time, I was interviewing for an internship at a PR firm and living with my parents in the suburbs post-graduation, so seeing each other at any other time proved difficult). Sushi was devoured. We talked for hours. And since then, we are pretty much inseparable, quickly becoming best friends in life.

It seemed like any other Sunday. Ryan asked me to go to brunch at a new spot, the since closed The Winchester in Wicker Park. I showed up slightly disheveled, with a topknot and sans-shower, but ready for some eggs benedict. I still remember Ryan saying beforehand, “Are you sure you don’t want to shower?” Over the years, we came to enjoy long walks to explore the city we love, so after brunch Ryan asked me on a walk. On a nondescript street, Ryan reached into his pocket and pulled out…a patch. The “Bookhouse Boys” patch from Twin Peaks. What would be a nerdy “deep cut” of pop culture for some was a grand romantic gesture to me. The meaning behind it was that they were in their very own secret society, not all that different from Coop and Sheriff Harry Truman, and always had one another’s backs. Moments later, Ryan pulled out a solitaire diamond ring and said “I love you, buddy. Will you marry me?” There were some happy tears followed by an unequivocal “yes.”

We are most certainly urbanites and love our city, so wanted a modern feel with a heavy dose of romance and elegance. Mostly, we wanted guests to have FUN! Originally we described our vision as “modern chic with a bit of whimsy.” The “whimsy” came with very personal touches that were meaningful to us- we had photos with our friends and family hung around the room, a candle lit in honor of my late mother Laura and a custom painting created by our brother-in-law and his girlfriend that was inspired by our purple florals and engagement photos. 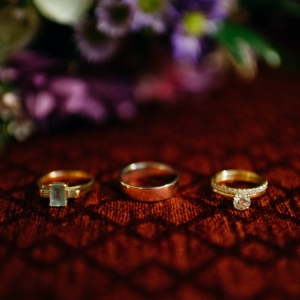 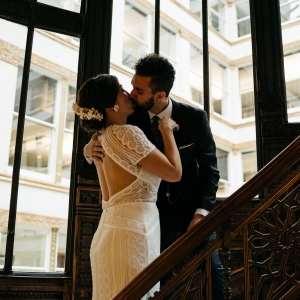 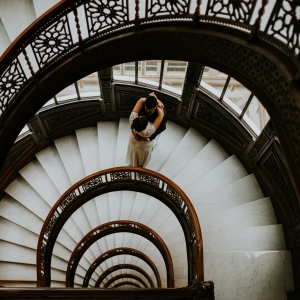 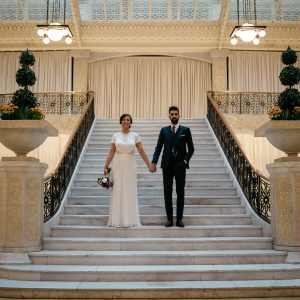 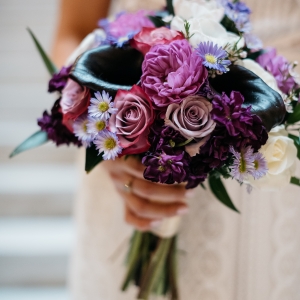 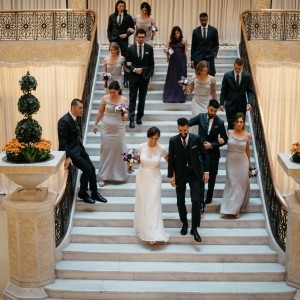 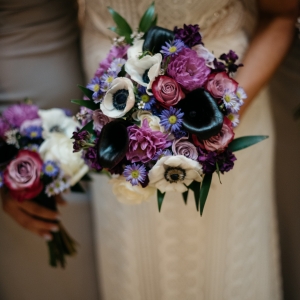 Submit Chicago Weddings and Events to Lakeshore in Love