Amelia and Eric’s colorful and stylish Trigger Chicago wedding is full of love, laughter, and fun! Coordination by BW Studio & Events and photography by JPP Studios.

Amelia met Eric’s sister, Siena, on her first day of business school. Siena and Amelia became best friends, and Siena planted the seed to both Amelia and Eric that they would be perfect for each other. The two didn’t meet until 9 months after school started, but once they met, the rest was history!

Eric secretly donated to the Chicago Park system and had a park bench in Lincoln Park engraved with his proposal. When Amelia and Eric were on their way to a wine festival at the zoo, they walked by the bench and Eric got down on one knee and proposed. What added to the magic was a surprise snow storm in late April… only in Chicago!

Amelia was shocked, but the surprise was not over yet! After getting their buzz on at the wine festival, Eric mentioned that he worked with their favorite bar, Club Lucky in Bucktown, to open early to celebrate with some drinks. When they got to the bar, one by one, all of Amelia’s friends from across the country started walking out of hiding spots to surprise the couple!

Eric and Amelia wanted something that was ‘them’: unfussy, fun, funky, and personal. They toyed around with eloping, but they couldn’t pass up the opportunity to have all the people they love in one room to celebrate their love. Over six months, they were able to find the perfect venue and vendors to help build an incredible experience that all their guests felt was genuinely them – success! 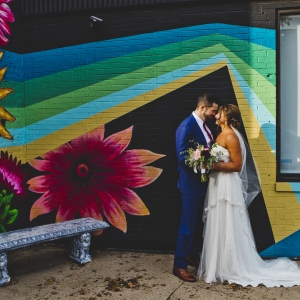 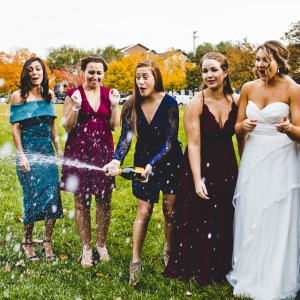 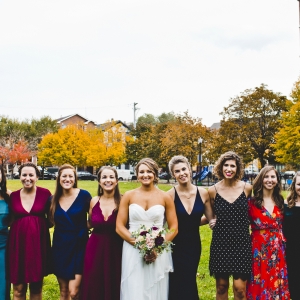 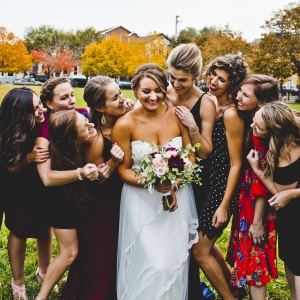 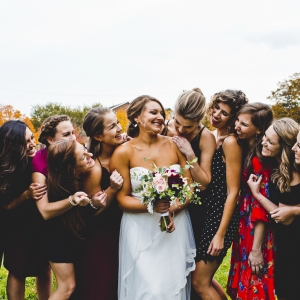 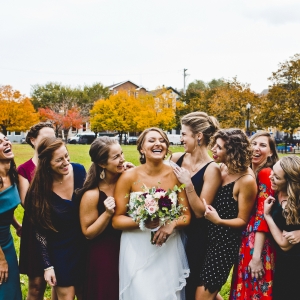