Julie and Joe held an elegant Chicago fall wedding at the Chicago Cultural Center. Shannon Gail and Fleur Inc designed a candlelit reception that perfectly fit the couple’s vision of a warm, inviting, and personal wedding. Julie’s bridal style is impeccable; her classic gown was handmade by a family friend. Every moment is beautifully captured by Stoffer Photography.

Our story begins in Chicago during the summer of 2013. I had just moved back to the United States from Thailand, where I was teaching English at a school in a small town about 3 hours east from Bangkok. I was already planning on moving to Boston at the end of the summer, which made meeting Joe an afterthought (at first). My sorority sister, a high school classmate of Joe’s, invited me to a party that Joe was hosting at his apartment in Lakeview. I was stricken with a sinus infection, but decided to brave my illness and went along.

Joe says he knew that I was special the moment I arrived at his apartment. I walked in and immediately complimented a Space Jam poster hanging on the wall, and asked where I could buy one myself. We continued to talk and discovered more things we had in common. We continued to see each other the remainder of the summer until I moved to Boston. We decided to give the distance a shot and six months later Joe moved out there as well.

Fast forward three years and I had just finished my graduate school program at Lesley University. As my graduation present, Joe took me on a trip to Turks and Caicos. He proposed on a private beach at sunset and had set up a picnic with champagne for us to celebrate. They had minimal cell service and wifi, so we were able to call our parents but no one else. We surprised their friends when we returned the next week!

After the proposal, we moved back to Chicago together and gained a third family member a year before the wedding date…an adopted pup from PAWS that we named Juneau.

My dress was handmade by a family friend from Paris, where I grew up, using Prada lace, silk, real pearls, and other embroidery. As my something blue, a blue protective Greek eye was sewn on the inside of my gown to ward off evil. He also made my rehearsal dinner dress, after party dress and decorated Converse sneakers for me to change into while dancing, using the same lace and pearls. My ceremony heels were my mom’s from my parents’ wedding in 1988. Joe’s suit was custom made from Daniel George. My ring was Joe’s grandmother’s.

Julie says “We wanted our wedding to be classic, elegant, but also warm, inviting, and personal. We were so lucky that we had so many friends and family come from all over the world. We had so many countries represented and it was a delight to see everyone together!” 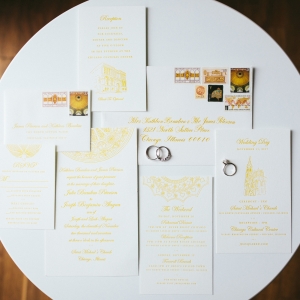 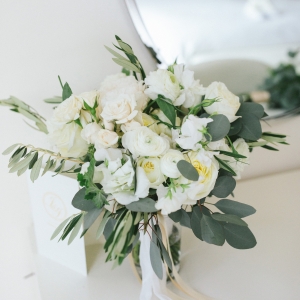 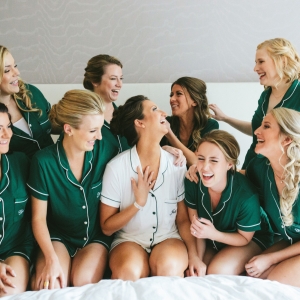 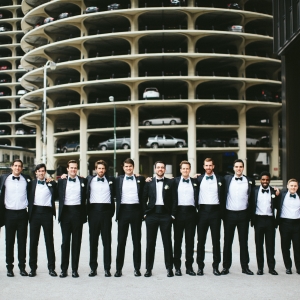 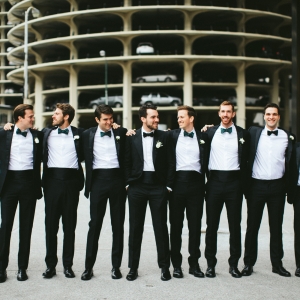 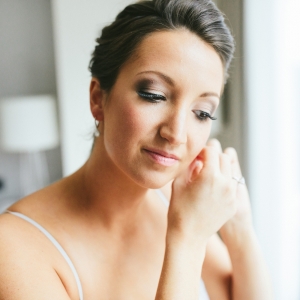 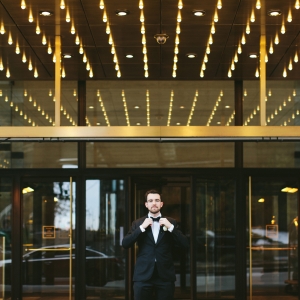 Fall Wedding at The Standard Club

There is nothing better than having your furry fri

A stunning arch is a stunning way to create the pe

Your wedding bouquet is more than just flowers. It

This classic venue is a Chicago staple. If you're

"We automatically knew we wanted to stray from a t

Dads are often left out when it comes to weddings,

Best thing about Chicago? There are so many amazin

You can never go wrong with a classic bow ties and