Fotini and Austin visited several of their favorite Wicker Park hangouts for their engagement session with JPP Studios. With a little help from his friend, Austin created an absolutely epic surprise proposal for Fotini – read on for the whole story!

I was just starting to see someone else, but they say timing is everything, right? My friend KP introduced us at a house warming party and since the guy I was starting to see was there, I brushed Austin off (oops!). KP had previously told each of us about the other saying how similar we are and how well we would get along. I always took that as – oh a new friend! – and never thought about it romantically.

Fast forward a few months, where we met for the second time very romantically at Sluggers, watching a football game, again thanks to my friend KP. Austin immediately remembered me, but I embarrassingly had no clue who he was (I still feel bad about that!). We chatted through the game and by the time we left I had myself a date!

My father is an immigrant from Greece, so I grew up spending the summers in Greece with family. Austin has been able to join us for the last two years, and this year he has a little something special planned for when we arrived home.

We had just gotten out of the Uber from O’Hare and lugged our bags up the steps into our apartment building, when I opened the door and there it all was: candles, flowers, picture frames, and a little box. He walked me down the path laid out and we stopped to look at each picture. Each photo was of a place where we had walked through a new door together: Advocate Hospital, where I helped with my first birth as a doula, Zen Yoga Garage, where I was managing when we met and still teach now, his first apartment in Lincoln Park, where he first told me he loved me, and Homeslice, where we had our first date. At the end of the path he got down on one knee and asked if I would walk through all life’s new doors ahead of us with him. He made coming home more sweet than bitter this year. It was personal, private, and so perfect. Then we went to Yuzu Sushi and were in bed by 7:30pm because we were exhausted from traveling!

How did he pull that off? He somehow figured out how to pull off a spectacular proposal without doing the brunt of the work. His friend came into our place the night before and set everything up for our arrival. Let’s just say, that friend is 100% in the wedding party!

After leaving Beatnik, we chose to take photos at Stan’s, because I had initially asked Austin out on a donut date. Yes – I asked HIM out! I always think of day dates as perfect for date #1: safe in the daylight (just in case), Chicago has GREAT breakfast, and there is always an easy out, if needed. Now, for the past three years, my favorite dates with Austin are the mornings we spend walking outside with our coffee and grabbing at least 4 donuts to share from Stan’s. (Okay – maybe 6 donuts.)

Austin bought the ring in Indiana with his parents. I love that he chose to share that experience with his parents! He is the most caring son. He knew I wanted a round solitaire, 6 prongs, and yellow gold and took it from there. It is perfect in every way. I cannot wait to see a ring on his finger though!

Our Big Fat Greek Wedding will be next fall in the Chicago Suburbs. My father has put a lot of time into helping raise funds and leading the way to build a new byzantine style Greek Orthodox Church. It is the church that he and his family helped found when he first came to America and they are renovating it. It will be ready by the time we get married and I am so excited to be one of the first weddings there!

I have been having loads of fun trying on dresses. I know many people only go a few places, but this is once in a lifetime event and I am enjoying the champagne and fun! Our engagement photographer, JPP Studios, will also be joining us for the wedding weekend. He is amazing! He gets all the perfect shots without ever giving too much direction. We are using Imagination Designers for videography, because they specialize in both a 1-2 minute highlight film and a 10-15 minute highlight film. The Chris Sarlas Band has a Greek and American band and DJ all wrapped into one. Plus – it is important to me to have an Emcee that can say my name properly!

I just can’t wait to say “I do” and throw the biggest party. So as long as there are good people, loud music, booze, and late night snacks to keep our energy up – we are set. 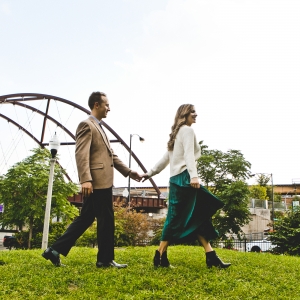 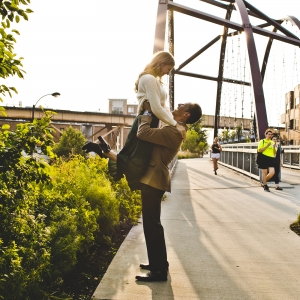 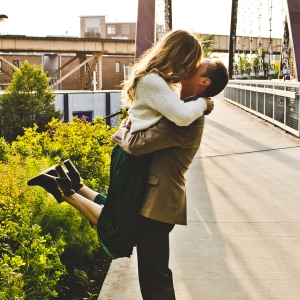 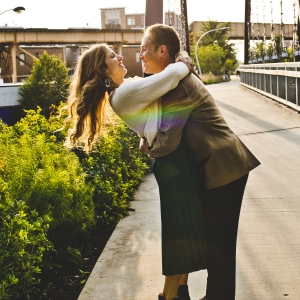 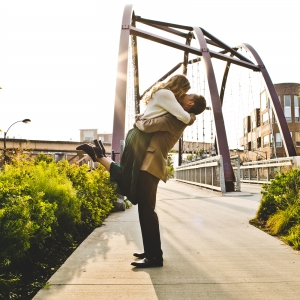 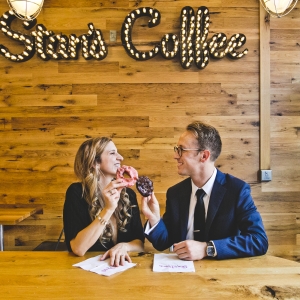 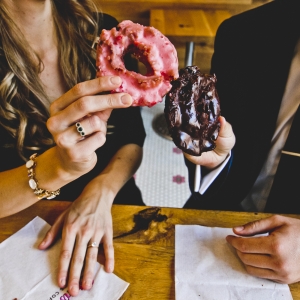 "It all started with our wedding invites! Josh's s

Cheers! The day you've been waiting for is finally

The most elegant tablescape for your Tuesday morni