Leah and Nick’s University of Chicago engagement session is so classy, we just can’t get enough! Joanna and Brett Photography captured the excitement and joy these two share for their upcoming wedding! The season’s colors made a classic backdrop to show these two off!

“We met on a blind date at Cooper’s Hawk winery in Arlington Heights in 2017. We were set up by family friends and after texting for a few weeks, Nick picked this location as it was a halfway point between where we were both living at the time. When the time came for the date, Nick called me (Leah) saying that since it was not the greatest weather outside could we move our date to a different day. At the time I was a night shift nurse working 5 or 6 nights a week and that night was my only night off. I explained that if we didn’t go out tonight I didn’t know when we would meet. Thankfully we both made it out in the rain and had the best (and last!!) first date spent drinking wine, eating delicious food and getting to know each other. I still like to joke with Nick about how he tried to cancel our first date.”-Leah

“I planned to propose to Leah at the Lincoln Park Conservatory in the spring, right around Leah’s birthday. I had organized a party for after the proposal, gotten a friend to come in from out of town to take pictures at the conservatory, planned everything as much as I could. This was, of course, all a surprise for Leah. I then found out that she had made plans to celebrate her birthday the night before. Our time at the Conservatory was slated for the early afternoon Saturday, and I knew we’d spend all Friday evening working on getting a hangover. So with the help of some friends we talked to every bartender that night and convinced them to give the girl in the dollar store tiara watered down drinks. Leah tried to get drunk that night, but despite her best efforts she was still bright eyed the following afternoon when I popped the question.”-Nick

“It’s a modern age art deco style with an oval center stone framed by a petit diamond halo, which is itself encircled by a ring of baguettes and round stones at different heights. The stone sits on a silver band. It is made by Heidi Gibson Designs of Los Angeles.”-Leah and Nick

To say we’re obsessed is the understatement of the year! Your ring is a way to show off your personality as it becomes a staple piece of your everyday wardrobe. Leah’s has of the makings of a showstopper! 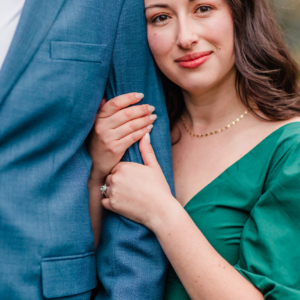 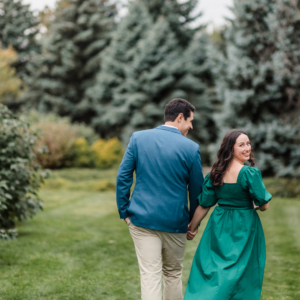 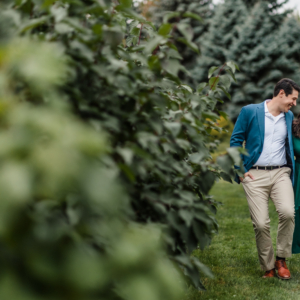 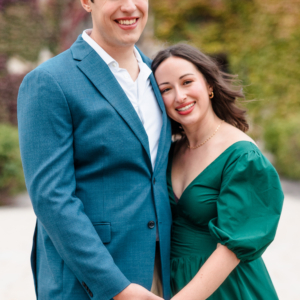 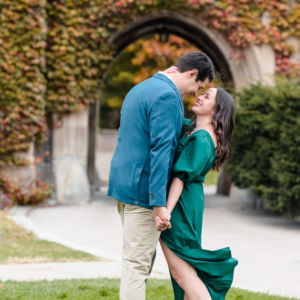 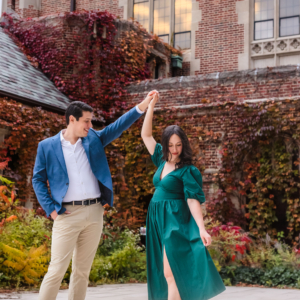 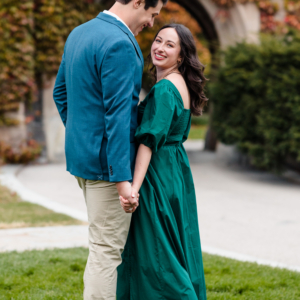