The Lincoln Park Nature Boardwalk and its Education Pavilion (aka – the “Honeycomb”) is one of those iconic Chicago locations we can’t get enough of! With the perfectly framed skyline and gorgeous architecture, it was the perfect spot for Ashlee Cole to capture Helen and Evan’s engagement session!

We Met at Northwestern University

We met when I was a freshman and he was a sophomore at Northwestern University. And we didn’t really hit it off right away. I was interested, but he… not so much; he had other plans and wasn’t looking for anyone currently. So, fast forward a couple months, we decided to grab a meal and catch up about our summers. And thus was the start of us — quickly, we began to spend more and more time with one another and realized that things had changed from a year ago. We just seemed to mesh so well, despite our different personalities, we always just had so much fun together. Shortly after, we decided to try things out and see how they went. We ended up graduating the same year, and Evan went to Boston for his job, and this was the start of our long distance. But, as they say, distance makes the heart grow fonder, and that’s what really solidified our relationship, and helped me to see that he was really the best partner to have in all things life.

He Proposed on the Northwestern Campus!

We had been doing long distance for about a year, but so many things were falling into place, and so Evan decided to fly to Chicago and propose! I had known he was going to propose eventually, but I was busy with applying to graduate schools and did not think much of my plans for that weekend. I was planning to go to Northwestern to meet up with a mentor on campus– little did I know that Evan was there instead, with the most beautiful flowers and ring, along with some of our closest friends from home and college. I was so surprised that literally no words came out except, “Wait, what????” (Like 10 times, in a row…. as I later realized while watching the proposal video). It was more special that he popped the question on our college campus. 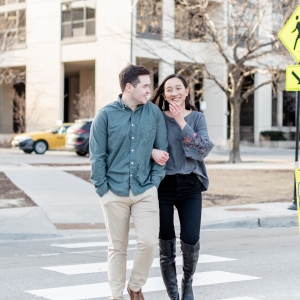 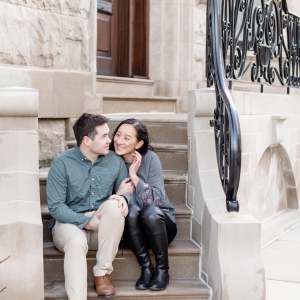 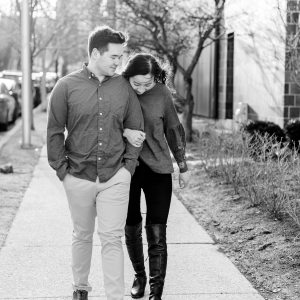 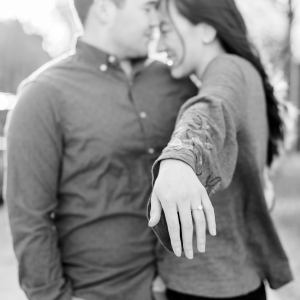 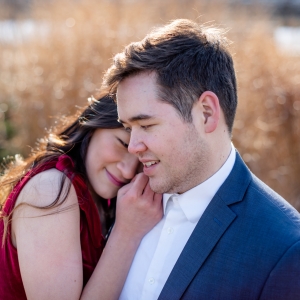 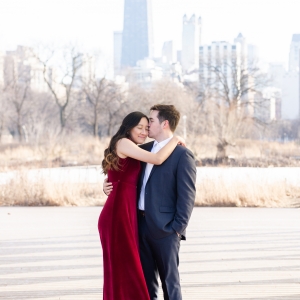