Abby and Danny, along with their adorable dogs Pippa and Kruz, met Nicole Jansma Photography along the lakefront for their Chicago engagement session.

Abby moved to Chicago, only knowing her roommates, who she met on Craigslist- yes, Craigslist, and yes, they turned out to be normal and amazing ladies! Her roommates were friends with some of Danny’s friends, and the two ended up being around each other almost every weekend. The two finally realized they enjoyed each others company and the rest is history!

After almost five years of dating, everyone (and I mean everyone) was expecting Danny to propose every time an event, holiday, or even just a date night happened. So what better way to completely surprise Abby? Propose in a blizzard. Yes, after weeks of conspiring with Abby’s best friend, Katie, the two decided to lie to Abby about going to an event at Navy Pier. On the way there, the two originally wanted to ‘take snow pictures’ in front of the skyline at Olive Park, but due to the blizzard, that area was closed. They also tried to drag Abby to Ohio Street beach, but with excessive winds, she refused. After convincing Abby to finally take a picture with Danny, she turned around and Danny was on one knee! For someone who is never surprised, she was shocked. It may have been freezing, but it was perfect! 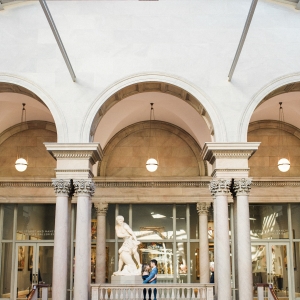 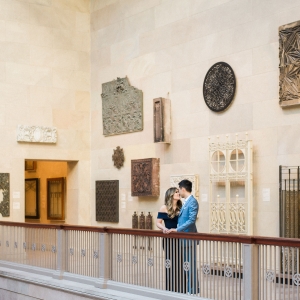 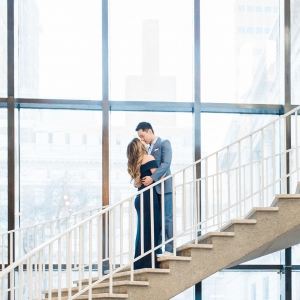 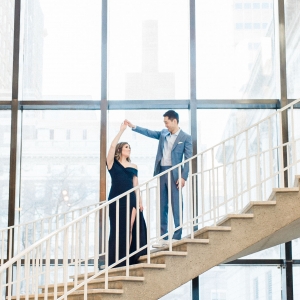 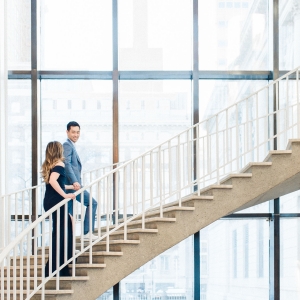 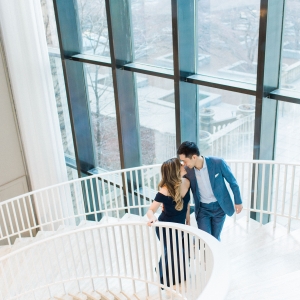 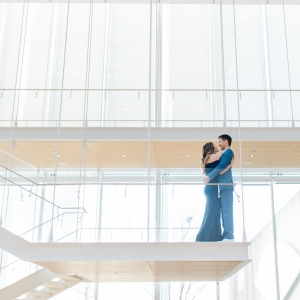 The Art Institute of Chicago

Meet Team Head in the Clouds