We met on a weeknight in Lalumiere Hall at Marquette University. We were both at a meeting for Youth Empowered in the Struggle (YES), planning a campaign to get our school to boycott a frozen pizza company that had locked out its striking workers. We became friends, and later encouraged each other to grill their school administrators at a Q&A session on the pizza company. Over the summer, I messaged him about my internship at the Illinois Coalition for Immigrant and Refugee Rights (ICIRR). He messaged me about how excited he was to live and study in El Salvador for a semester. Over New Year’s Eve, as we caught up on our incredible experiences over the past few months, we realized that there was something there. On January 9, Sean called me with a single request: that he get to take me out to lunch the very next day – my birthday – in my hometown of Chicago. To his surprise and joy, I said yes. We have been together ever since.

On September 16, a beautiful summer day, we went for a hike to one of our favorite spots in Wisconsin, Devil’s Lake State Park. Little did I know that in the pocket of Sean’s hiking shorts was a diamond ring and a letter he wrote for me. Once we got to the top of the cliff, looking out over the beautiful lake and the rolling green hills, we sat down and soaked in the beautiful view. Sean told me he had written me a letter, and asked me to read it. It was Sean’s proposal. By the time I was done and looked up, the ring was all I could see.

We wanted our wedding to embody our personality, style, and love. I am Assyrian-Armenian, so we had many aspects that were very traditional, and Sean is a Wisconsinite with German, French roots. Our rehearsal dinner was at a German restaurant, which really brought Sean’s family traditions for everyone to enjoy. For our wedding, we had a lot of traditional Assyrian details. To explain, Assyrians are a minority ethnic group from Iraq, so there are a lot of middle eastern traditions. One example is we had Yalekhtas. Yalekhtas are pieces of thin, see through, square shaped fabric decorated by many little different beads that make it look very unique and fancy. We incorporated several Assyrian traditions, such as P’alatat Kalo (bringing the bride out of the house). This is symbolized the bride “leaving” the home of her parents house. Bride and grooms come together and take pictures, as the grooms family walks her out of the house to the church. While in the house, people dance as the dola and zurna play, a traditional Assyrian folk wind instrument and drum. Our reception music was a mix of Assyrian songs by an Assyrian band, and then our DJ played a mix of Arabic, Latino, and American songs.

Our reception was at the South Shore Cultural Center in Hyde Park. We loved having our wedding at a historic cultural facility, right on Lake Michigan. Our colors were purple and gold, with flowers ranging from blush to mauve, lavender to eggplant, and including dahlias, scabiosa, roses, and lisianthus. We had a four tier almond wedding cake with vanilla bean pastry cream filling, strawberry preserves, and strawberry buttercream from Alliance Bakery.

For our favors, we had a cookie created by The Cake Lady. Although I am a Bears fan, and Sean is a packers fan, the cookies were Bears themed, to honor my father who passed away several months before our wedding. 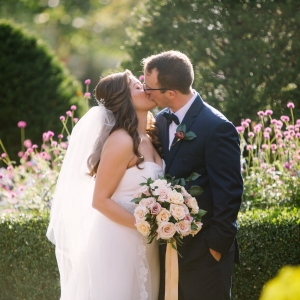 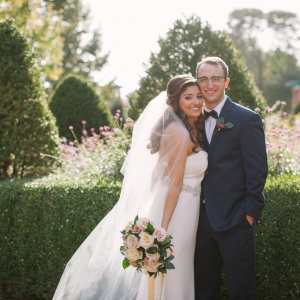 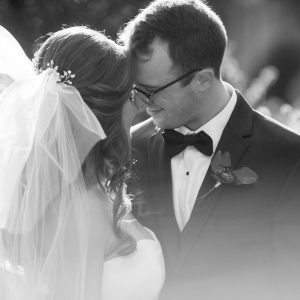 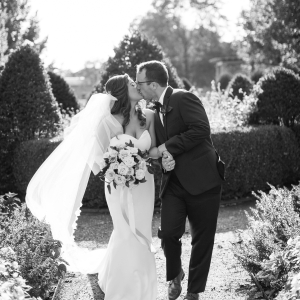 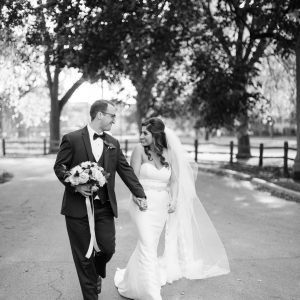 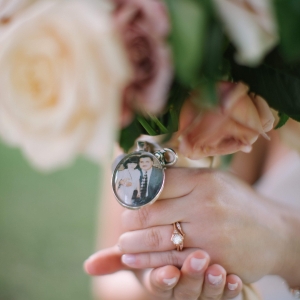 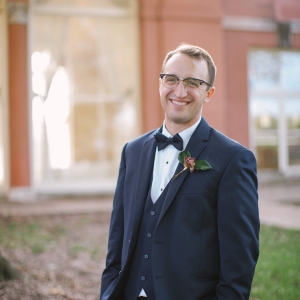 Grooms! What is your wedding style? We love seeing

Winter weddings in Chicago have a genre of beauty

Wedding shoes might be one of our favorite accesso